What is Mochi and Mochitsuki? 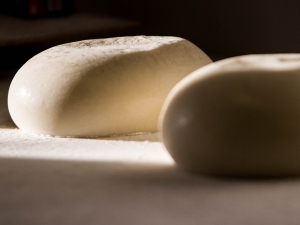 Mochi (Japanese: 餠, もち) is Japanese rice cake made of mochigome, a short-grain japonica glutinous rice, and sometimes other ingredients such as water, sugar, and cornstarch. The rice is pounded into paste and molded into the desired shape. In Japan it is traditionally made in a ceremony called mochitsuki. While also eaten year-round, mochi is a traditional food for the Japanese New Year and is commonly sold and eaten during that time.

Traditionally, mochi was made from pounding whole rice kernels, in a labor-intensive process. Often, extended family members, neighbors, or even the whole village came together to make mochi.  This special community gathering to make mochi was called mochitsuki, and evolved into a community celebration. 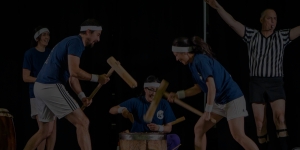 Moreover, people believed mochi was not just nutritious but possessed mythical power of strengthening for those whom consumed it.  Mochi, therefore, is considered very special food.  Even today, for Japanese and Japanese-Americans alike, mochi conjures nostalgic feelings and memories of community, family, and celebration.
The volunteer organizers of the annual Mochitsuki Portland festival wish to share this wonderful cultural tradition and Mochitsuki celebration of a community gathering, providing help and joy to family members, friends, and strangers centered around mochi pounding.